Home Blog How this stock market rally differs from past cycles 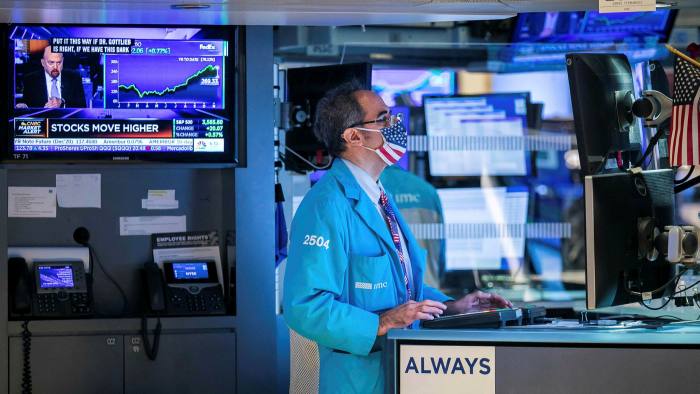 This year has seen one of the deepest economic recessions in decades and for some countries, such as the UK, the biggest annual downturn in economic activity since the early 1700s.

It has also been the second “once-in-a-generation” significant economic shock to hit the global economy in just over 12 years. But while the current recession is deeper than the one that followed the financial crisis of 2008, it is very different.

This recession resulted from a health crisis with an impact on output that was huge and sudden but quickly reversible. It is likely to be over sooner and will probably cause less structural damage as mobility recovers with the rollout of Covid-19 vaccines.

In this sense, it can be described as event-driven. Most bear markets are what we would describe as cyclical, mainly driven by rising interest rates and inflation. Others can be described as structural, caused by an unwinding of economic imbalances and asset bubbles following years of excesses and often associated with a banking and/or real estate crisis.

Historically, cyclical bear markets are usually similar in depth to the event-driven ones like the 1987 stockmarket crash, but take roughly twice as long to recover. Structural bear markets, like the financial crisis of 2008 or the bursting of the Japanese bubble in the late 1980s, are much deeper still, taking even longer to repair.

Whatever the triggers for bear markets, however, most equity recoveries start during a recession when corporate profits are still falling. This initial first phase of a new bull market, or what we call the hope phase, tends to be very strong and led by rising valuations as investors start to price in a future recovery, just as we have seen since March this year.

Once that recovery starts to emerge we move into the longer growth phase, when most of the earnings and dividend growth is generated. Equity returns then tend to slow. We would expect to transition into this phase next year as global earnings per share rise by about 35 per cent.

Nevertheless, there are some differences between the current hope phase and most that have come before. The US MSCI World equity market has now recovered 65 per cent since the March low and in November alone, following the positive vaccine news, the global equity market rose 13 per cent — the biggest monthly increase since 1975.

Global equity market capitalisation has grown to $100tn, roughly 115 per cent of global GDP — the highest level since the pre-financial crisis peak in 2007.

But this scale of recovery is not unprecedented and bears a remarkable resemblance to the period after the trough in 2009 that followed the financial crisis, when the MSCI World index rose 68 per cent over a similar period.

Conditions at the time of the 2009 trough were, however, very different from today. Although the recession this time has been deeper, the falls in equity prices during the financial crisis were sharper, averaging about 60 per cent (in line with the average of historical structural bear markets), compared with falls of about 30 per cent this year (in line with the average for event-driven bear markets).

Consequently, at its trough in the financial crisis, the total value of S&P 500 companies was roughly eight times forward earnings. The valuation trough this March was 13 times and the current ratio is 22 times.

Moreover, when the financial crisis hit, 10-year bond yields in the US and Germany were 3.9 per cent, whereas they are now just 0.9 per cent in the US and 0.60 per cent in Germany, and one-third of all government debt and a quarter of all investment grade debt has a negative yield. Furthermore, US debt to GDP was 60 per cent before the global financial crisis and is now above 100 per cent.

The speed and pace of the current rebound from the trough in March has a lot to do with the policy support, both in terms of monetary and fiscal policy. In addition to higher fiscal spending, central banks have pushed interest rates back down to zero (with some in negative territory).

Strong guidance from the central banks suggests that most of them will keep rates unchanged, perhaps until early 2025. With stronger growth pushing up inflation expectations from a record low, the real level of interest rates — the nominal rate minus inflation — has moved deeply negative.

But, ultimately, the higher starting valuations in this bear market, the lack of room for interest rates and bond yields to fall and a much higher debt burden compared with the decade after the financial crisis, suggest that over the medium term, returns will be lower. The real opportunity will be in the so-called “alpha” — picking the relative winners and losers within each market and industry, rather than “beta” of the index.

Previous Post Time To Sell Micron Technology Stock?
Next Post Most Investors Fail at Timing the Stock Market for These 3 Reasons